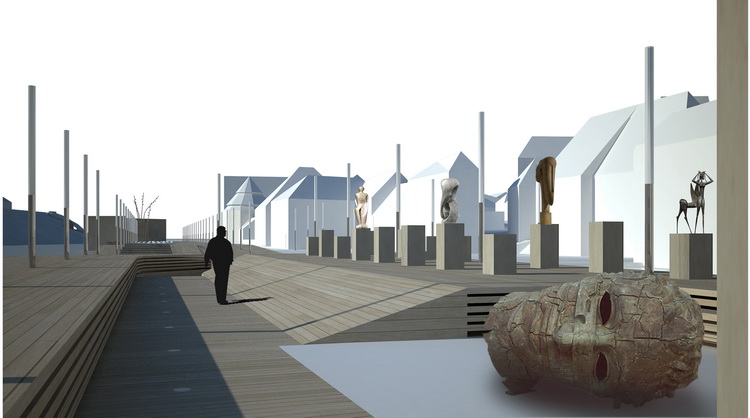 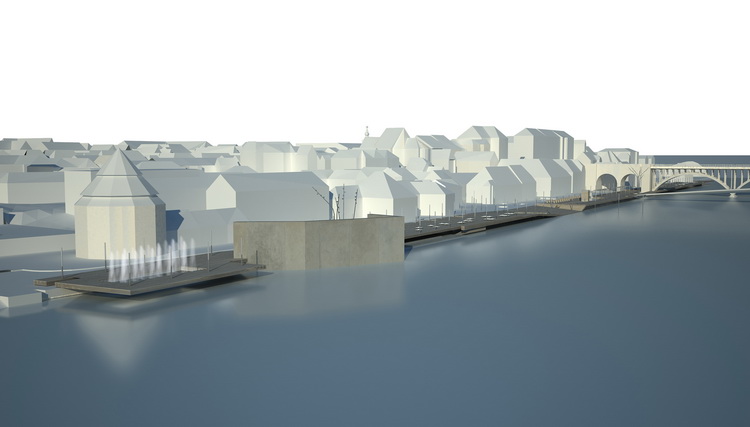 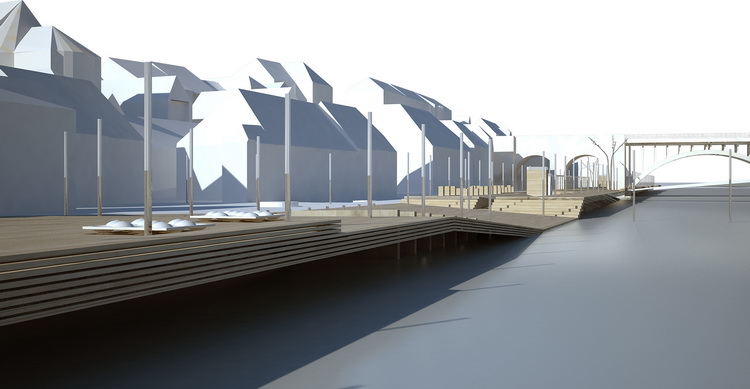 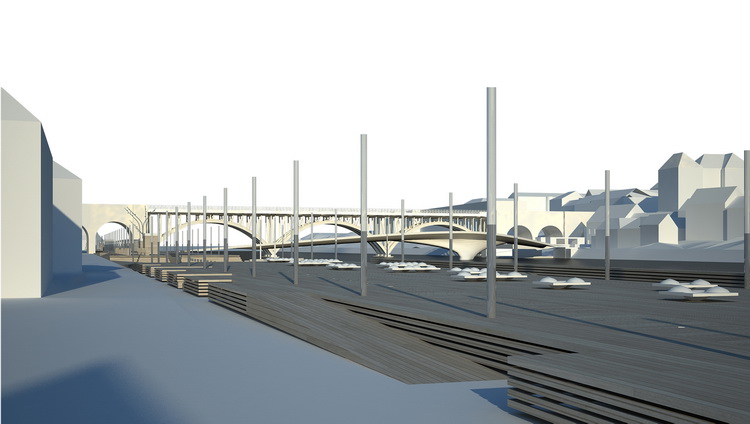 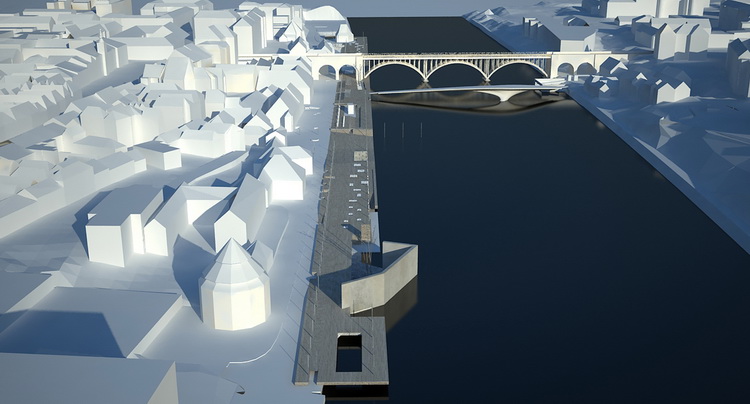 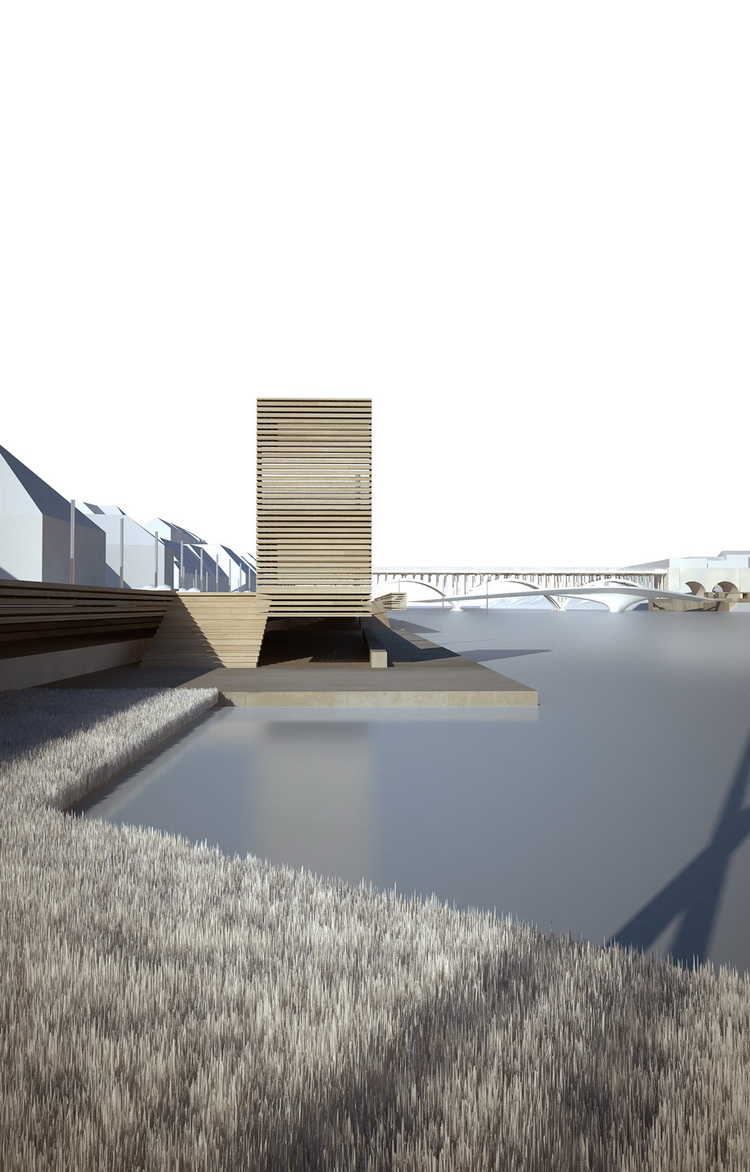 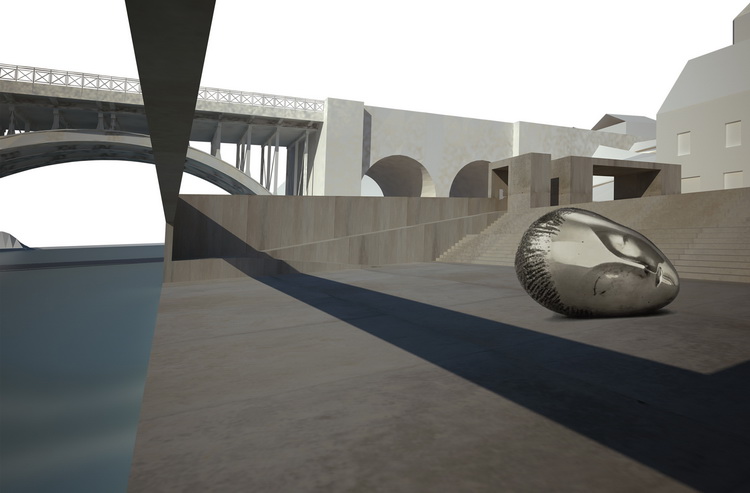 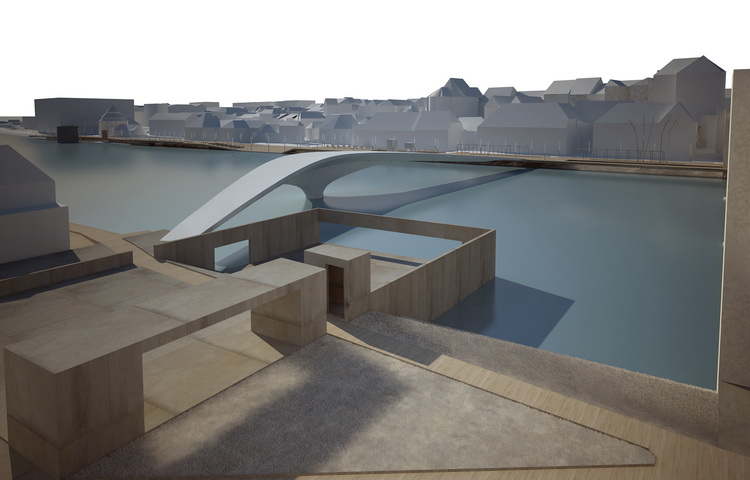 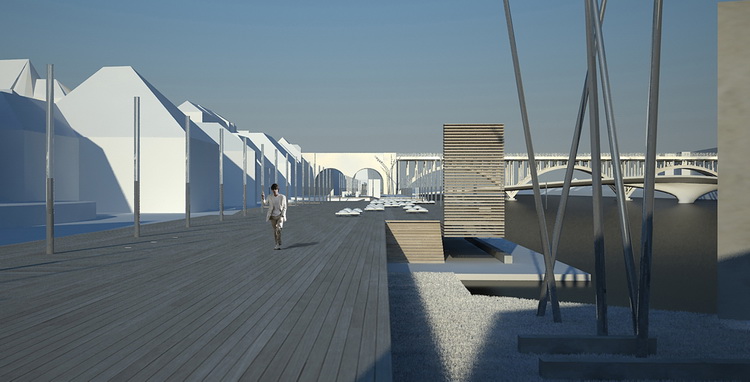 The intervention of redevelopment and of the banks stands out as three fundamental recognizable points: on the edge of Lent it is resolved as a single continuous mark: an organizational element widespread on a territorial scale traced next to the entire front of the original walled city on the river. On the edge of Tabor the intervention of the square is precise and its genesis derives from the small scale of the context in which it is inserted. Finally, the green and rugged shores of Studenci that is being redesigned with pathways and panoramic staging points.

On Lent, the large engraved plate, by the powerful figurative value, conforms to a continuous surface of wood. Presenting itself generally with more rugged profile towards the city, which maintains a more narrow interaction at the scale of individual buildings, while towards the river it generally maintains a more compact profile. Only in correspondence of the square of Lent in fact, the wooden plate suffers from a dramatic decrease depending on plane and steps that lead to the water with sloping plane.

Catalyst of events performs all the necessities of daily enjoyment of the shore but also offers a flexible space structure suitable to accommodate small to large events. The plate, very permeable despite its slightly raised elevation, it is easily accessible and certainly does not constitute a barrier, instead it constitute the privileged place of staying and walking, purely social space.

The bike path is a continuous and free sign; it’s a persistent trace of the coastline today. The wood, material which constitutes this large object, gives a character of reversibility and impermanence.

On the side opposite to Lent, the Tabor Square project, comes from the context and does not constitute a foreign body, identifying a series of strips parallel to the axis on the performance of the bridge, which are distinguished into specialized areas differentiated also for materials.

The square developed in the top and bottom square, a field crop, uniform and geometrically defined and addressed clearly to seek contact with water in the bottom square that is also low port.

The green and rugged shores of Studenci maintain natural appearance in the project, in which small geometric earthworks belvedere volumes and rest-spots are set in a lush green area restored. 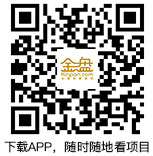 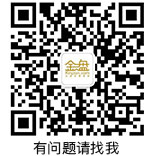